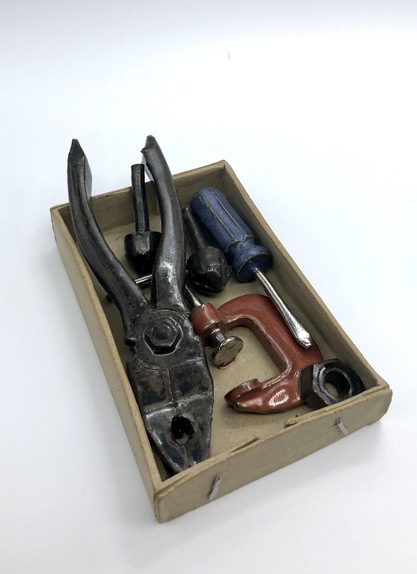 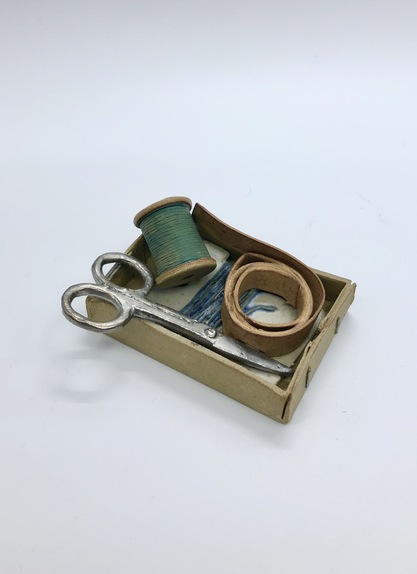 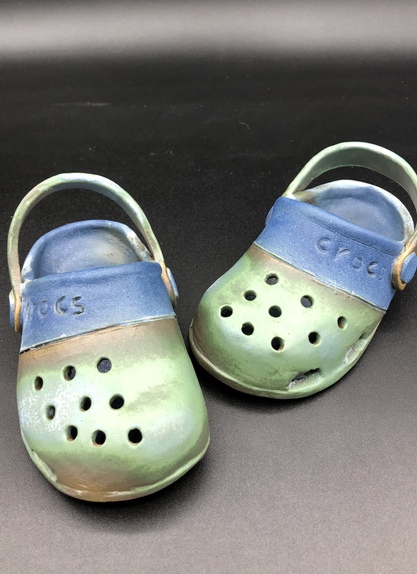 During the 80's I started making the precursors of the trompe l’oeil work that I make now. The first pieces were clothed torsos that started off as rectangular pots, and gradually took on more realistic form I was probably influenced more by sculptors and painters than other ceramicists- Claes Oldenburg's soft sculptures; Rene Magritte's shoes with toes.

I then started making open bags-these were still loosely speaking pots as were the torsos. This, of course, opened up a wealth of source material in everyday objects that are part of everyday life.

I usually tell people that I was influenced by the traditions of the Leach approach, in that I consciously rejected the idea of “truth to materials”, which although not considered relevant my many practitioners today, was still prevalent in the late sixties when I was at college.

My early sculptural ceramics were angular pieces based on architecture and machinery; my later and current work seeks to imitate leather and cloth - all ways of making clay into non-claylike forms.

I have always developed ranges of vessels alongside my realistic work. I have in the past made machine like forms, but at present am working on wrap around jugs , teapots, and vases