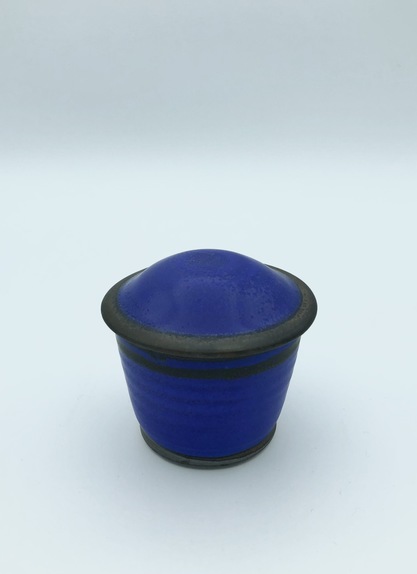 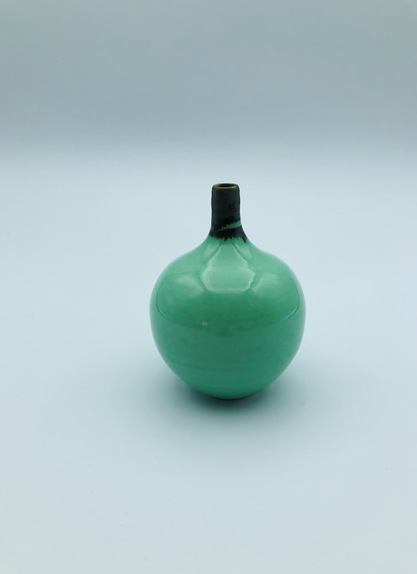 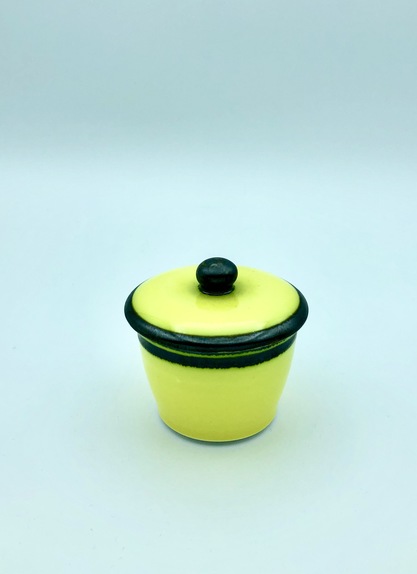 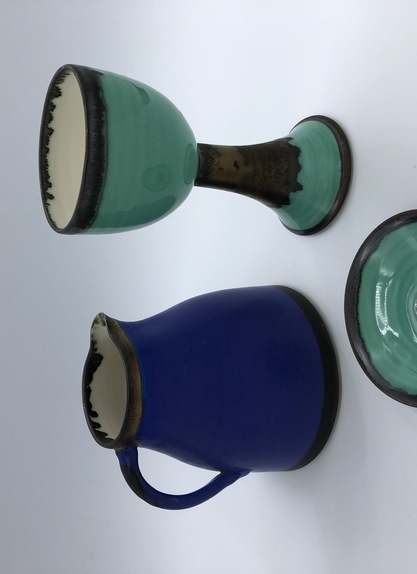 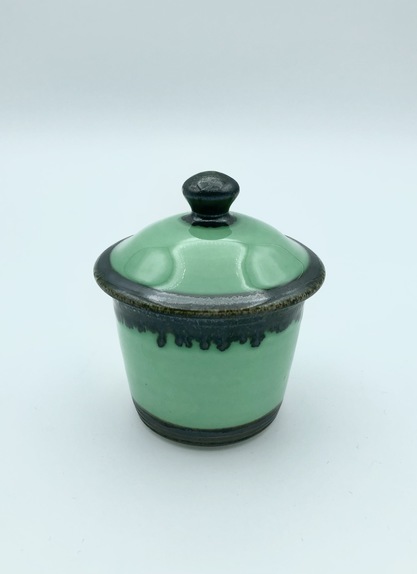 Richard Baxter makes finely thrown porcelain in distinctively bright, bold and beautiful colours. He favours forms with simple clean profiles reminiscent of mid-century-modern Scandinavian ceramics. On each piece he varies the curves and applies the bands of bronze pigment to fit each form, so every pot is unique. Richard has been a professional potter since 1981, when he graduated with a First in 3-D Design (Ceramics) from Loughborough College of Art and Design. Richard's tutors included David Scott, current Head of Ceramics at Loughborough, and Martin Smith, now Professor of Ceramics at the Royal College of Art.
Richard worked in terracotta as a student, emphasising the effects that stretching, compressing, cutting, pushing and joining have on the material. Pots were heavily thrown with minimal slip-trailing and glazing of insides and were nominally functional. Main influences were traditional English and Japanese country pottery.

“This process looks more like original creation itself than any I have ever seen. It is miraculous. The 'thrower' sits on a small high seat well above his wheel, which here is a horizontal rotating disk...he takes a lump of clay, wets it with water, then first 'centres' it by letting it spin rapidly between his hands and gently increasing the pressure until it rises in a whirling column that very quickly becomes symmetrical. He can then play with it as he pleases. A downward and outward pressure and it instantly turns into a bowl. An upward pressure transforms it into a vase. If there is a more fascinating operation than this in all man's varied handiwork, I have never had the luck to see it. I want no conjuring trick more enchanting than this of the spinning clay instantly flowering into bowls and jugs and vases of every known shape. Here is the supreme triumph of man's creative thumb.....I guessed of course that it could not possibly be as easy as it looked.”
From J B Priestley’s English Journey 1933