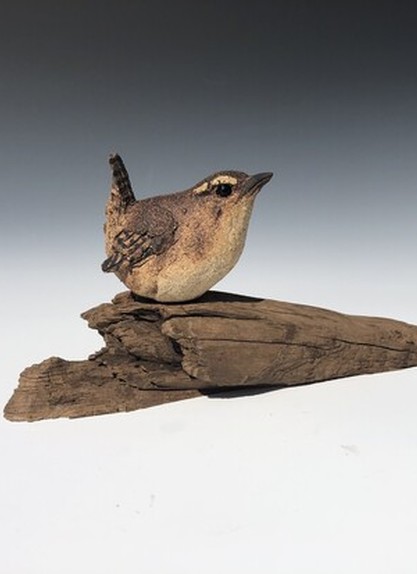 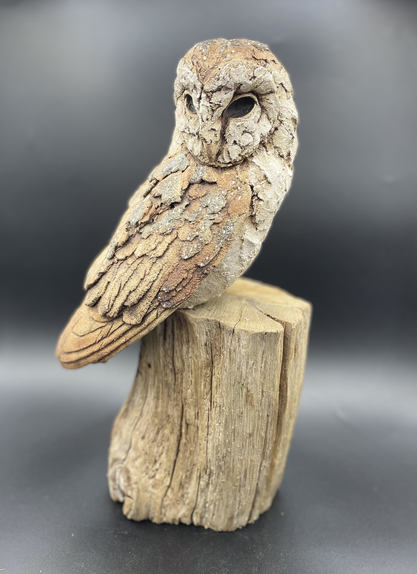 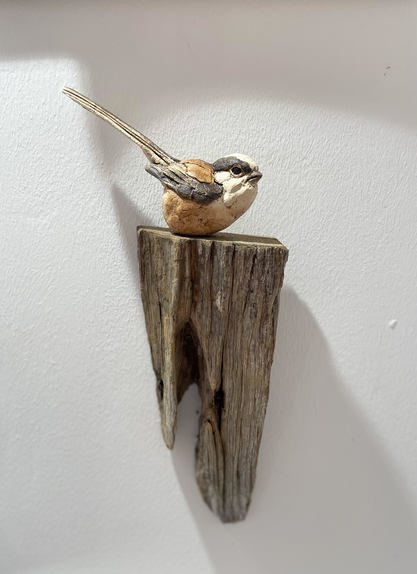 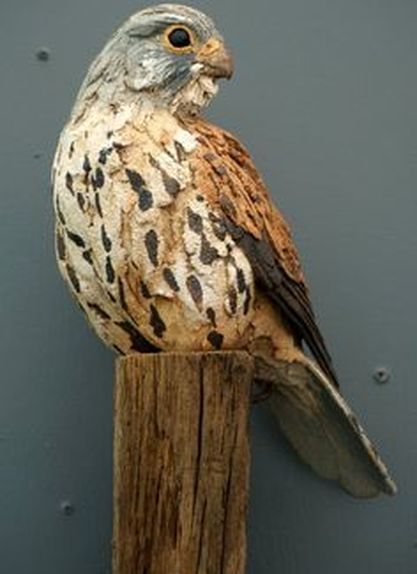 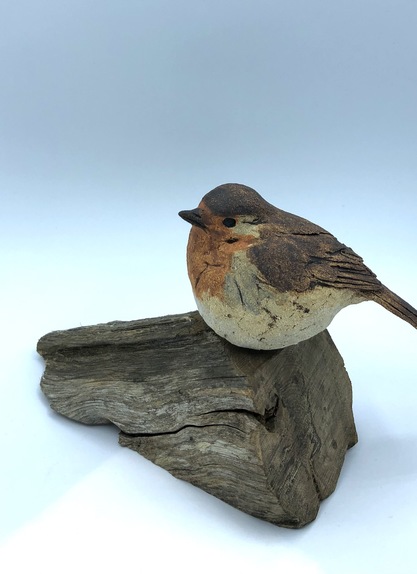 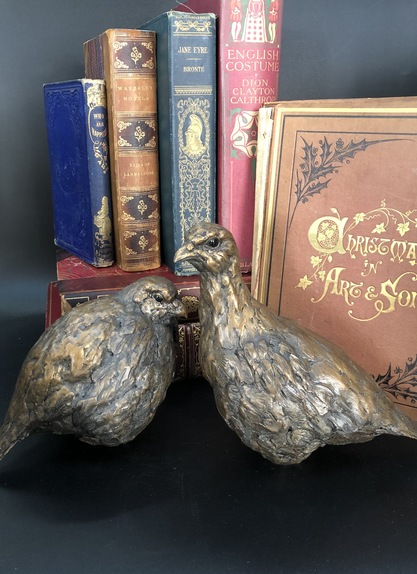 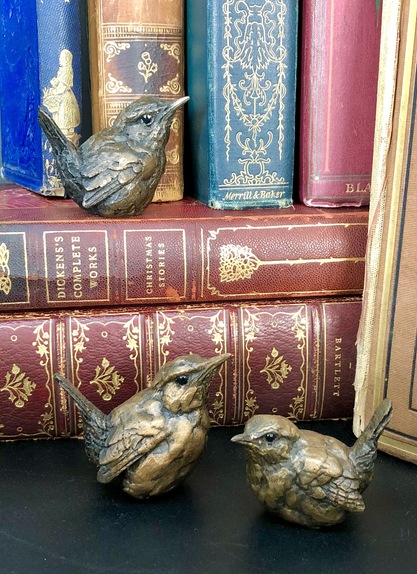 My work is first and foremost an expression of my love of the natural world.
As a child, I spent as much time as possible in the woods near my home, exploring and drawing the things that lived within them, especially the animals and birds
My sculpture comes from within me, and I have spent many years experimenting with different materials and studying the work of other sculptors.
My work primarily stems from direct observation of the subject I am portraying. The stylistic and constructional considerations are secondary to portraying the subject as honestly as I can. This is not to say that I strive to make my work realistic in the literal sense, instead I seek to capture and portray that sense of awareness that is present in all living things. I like to think that every one of my sculptures has some of the soul of the animal within it.The work is constructed in crank clay around an armature. I model as fully as possible with my fingers and only use tools to accentuate certain lines. I love the immediacy of this technique. When the clay is firm the armature is removed and the piece is hollowed to an even thickness. Once bisque fired the work undergoes several more firings with successive layers of oxides, stains and under glazes to build up the required effects and depth of colour. All sculptures are fired to stoneware temperatures.
Most of the larger sculptures are attached to a piece of wood or a post and a base and joined as a whole.
I have worked on several bigger site specific sculptures that involve either large mounts or visiting a site to adjust or make the work in situ.
Over the last 13 years I have exhibited in numerous mixed and one-man exhibitions at galleries throughout the country. I also take part in many annual ceramic shows including: